Back from Greece 42 days now ~ six weeks exactly.  I've been pretty busy since my return: housesat twice; put 100 hours or so toward the Eleusian Epiphanies; wrote a second preAmble; went to the Y nine times; signed up with a half-dozen employment sites; scooted down to the Texas coast; crashed an HI retreat in Round Rock; dashed up to Tennessee to ogle the Nashville skyline and take a job interview in Chattanooga. 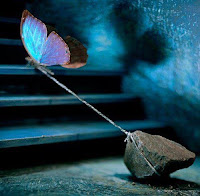 I came back to gather momentum for my 2021 return to Greece but Austin hasn't been behaving like the launchpad it should be: too expensive, too busy, too many ghost-mothering moments and while work is plentiful, the income:expenditure ratio is kinda nuts.  Stick around here and I might make it home by the end of the decade.

So geo-refocus is in the works.  As resources are running a bit low, it's hit (no miss) this time. Texas or Tennessee or . . .?

∞∞§§§∞∞
I'd been nudging resumes along via ZipRecruiter, so this week's jog up to the other T-state was triggered by an interview in Chattanooga. Looking at car rentals, I saw that prices went flying through the roof after the end of January, so I scratched up a few bucks and took a 4-day road trip.

The beginning omen was when some galoot in a Ford F250 started th'owing dollar bills out of his window and on to Interstate 35.
(I poop you not...) 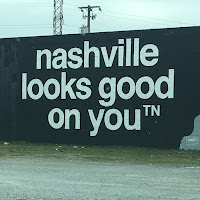 Arriving early Monday morning, my car radio found the Nashville Roots radio station and started blasting a wonderful medley: Charlie Louvin, Jompson Brothers, Sarah Jarosz -- then a curiously apt "She's Gone" by John Oates, followed by "Wild Thing."  Suddenly I was 21, and the city was strange, cold and sweet.  Arriving to my friend's place in Berry Hill, snowflakes drifted into my hair, the welcoming waterkisses.

With mere hours to glance at Nashville, my friend served as unreluctant (I'd say 'enthusiastic' but that might be overselling his willingness to brave the cold). I then zoomed up the highway to see Chattanooga.  Chat has been presented to me as a kind of proto-Austin (which I am definitely old enough to remember). Friend-of-my-friend Shelby hosted me in a sweet old red-brick apartment building which had the original transom windows, shiplapped walls and hardwood floors.  I won't say how low the rent was, but yeah, way affordable.

Alas, about 10 miles before I arrived to this charming little city, here came the News:  NO.

The drive from Nashville on Interstate 24 was marvelous, withal.  JackDaniels whiskey-stone lined the the highway, and since it was sub-freezing all the seeps had turned to ice, dazzling the rock walls. 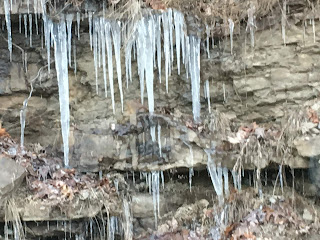 As you may know HzO is a Thing with me.  As in: IT'S ALIVE, and by the Knees of Venus, it can be the Nemesis or it can be your Bestest Frien'.  The waters poked out frozen to see me see Them. We seent us. This water, y'all, was some kind of clean.  Way better than the Texas drek we are drinking, post-fracking swill that it is.

And that alone, may serve as the Reason for the Tennesseason.  Heh.

About four years ago I gave up my apartment in Albuquerque and wandered off to Cyprus (the island, not the tree) for a writing residency at the Cyprus College of Art. Although my legal digs  are in Texas - it seems I have become a semi-professional houseguest or -sitter . . . (and, while abroad, an AirBnB inmate).

Homeless? "Not hardly," as my ancestors would say. But in the last few years something of a house-dancer...

2019 was embroiled in a family health situation that finally rolled to a halt in September.  After taking a break in Greece, I will be returning to the States and the *formal* world of housesitting. I am signed up with Housesitters America, so you can take a look at that site for more my experience there, and this post will establish some of my other bona fides.

Oh, while I am 420-friendly, I do not partake.  Nor do I  smoke tobacco. Nor do I have rowdy
Tupperware parties. I do meditate, so I'm not that boring.  And yes, all of this is negotiable. HMU.

Need more?  There's always my public profile on Air... Or write to me for references and I'll shoot them out to you.

Thanks for riding along with me on this, and feel free to distribute to your networks!